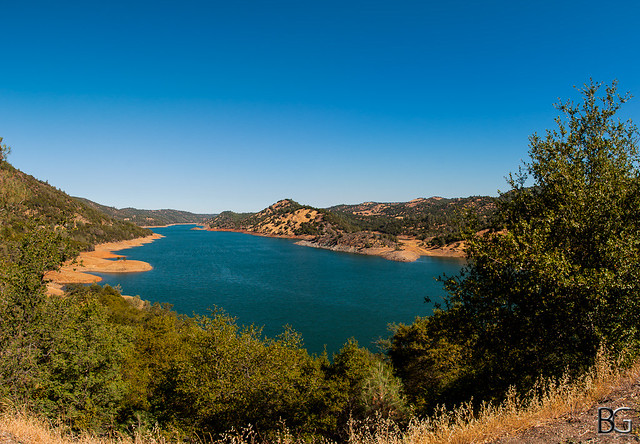 The cleanest electricity in the world is created when water falls through a turbine. Gravity does all the work. No exhaust fumes, no byproducts, no carcinogens. Just pure, green power.

It’s the original “renewable” energy, as classified by the federal government.

But the people who wrote California’s landmark green-energy laws hate hydropower. They hate it so much that even when hydropower is abundant and inexpensive, the law requires that utility companies must use more costly solar and wind power instead.

Why? Because they despise dams … and perhaps because some of their friends are in the solar- and wind-energy business.

From their comfortably air-conditioned offices, people who call themselves green hate the dams that protect us from all but the worst flooding and store enough water for us to grow food.

Why such animus? Perhaps because those dams have ruined a few whitewater rafting runs or reduced the habitat of a few species like salmon and snail darters. Most specifically, they have impeded the dynamism of nature.

Some of those dams have kept cities like Sacramento from being inundated by floods. Some create enough power every day to light hundreds of thousands of homes, hospitals and offices – including those of environmental fund-raisers. In places without dams — along the Mississippi in Louisiana, Iowa and Texas today – businesses and homes are under water. Along tiny undammed Orestimba Creek in western Stanislaus County, residents have been swept to their deaths.

But in California, some try to convince us that electricity produced through dams is tainted. That’s the only way to explain Section 399 of the California Public Utilities Code. It requires all of California’s electricity to be entirely “green” or carbon-free by the year 2045; but specifically disqualifies the original clean electricity — hydropower.

The only energy green enough for former state Sen. Kevin de Leon, who authored the bill, is that generated by solar panels and wind farms. Just so happens, several of his larger donors are in those businesses.

We love clean, green energy. But we have more faith in California’s commitment to a cleaner environment than does de Leon. We don’t believe they’ll abandon that commitment because hydropower is available. That’s why Sen. Anna Cabarello’s Senate Bill 386 should be passed and signed into law. It would allow Modesto and Turlock to count their 200 megawatts of hydropower as clean. Because it is.

The people of Modesto and Turlock own their irrigation districts. They built Don Pedro Reservoir as an investment in water and power. Now they’re being forced to pay more for wind and solar power even though their dam creates plentiful clean energy. SB386 passed the Senate’s energy committee on a 9-1 vote (the one “no” was cast by another recipient of solar-energy contributions).

In speaking to the San Francisco Chronicle, de Leon said SB386 would be “a stain” on California’s environmental leadership. He worried that if Modesto and Turlock get an exception, everyone who benefits from hydropower will want one, too.

De Leon might be right. Others who also have access to clean hydropower might want it to count toward their clean power requirement. After all, hydropower supplies 20 percent of the energy for the entire state. Even insatiably thirsty Los Angeles gets 5 percent of its power from hydro.

Why shouldn’t San Franciscans, whose Hetch Hetchy system generates enough electricity to power nearly a quarter of its homes, also get a break? Is it because such considerations might lower the highest electricity prices in the nation?

Pretending hydropower isn’t clean won’t help the environment, the planet or ratepayers. It only helps those who profit from making solar panels and windmills. Hatred for dams isn’t a good enough reason to gouge us or anyone else. Pass and sign SB386.

Mike Dunbar is the former Editorial Page Editor of The Modesto Bee and Merced Sun-Star. He is the editor of Talk On Water. Email: mike@talkonwater.net and follow on Twitter @MikeAlanDunbar